We had the opportunity to venture into the international music industry for the release of Caffeine, single by the American retro-pop duo Fly By Midnight featuring Shoffy.  For this project we did a photo shoot for their new song cover, promoted on Spotify, which already has more than half a million reproductions on the platform, and also Caffeine’s social network imagery.

In this shooting we focus on miniature and surreal artistic direction where we represent the artists through small figures that look alike their characters. These tiny landscapes turn around common elements of the world of caffeine, where you can see different textures such as sugar and liquid coffee.

In this cold and introspective journey we refer to the lyrics of the song, which talks about love with a nostalgic and obsessive approach, although while listening to it transmits good vibes with its empathetic and catchy rhythm. 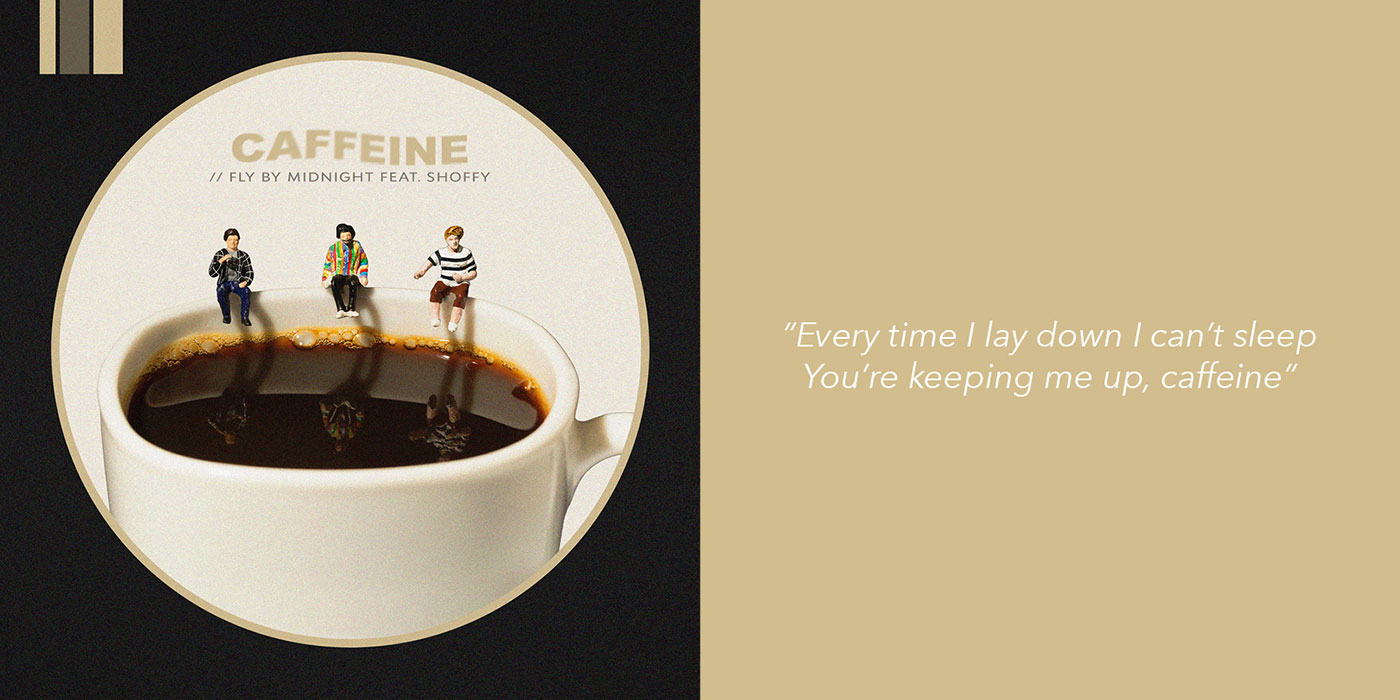 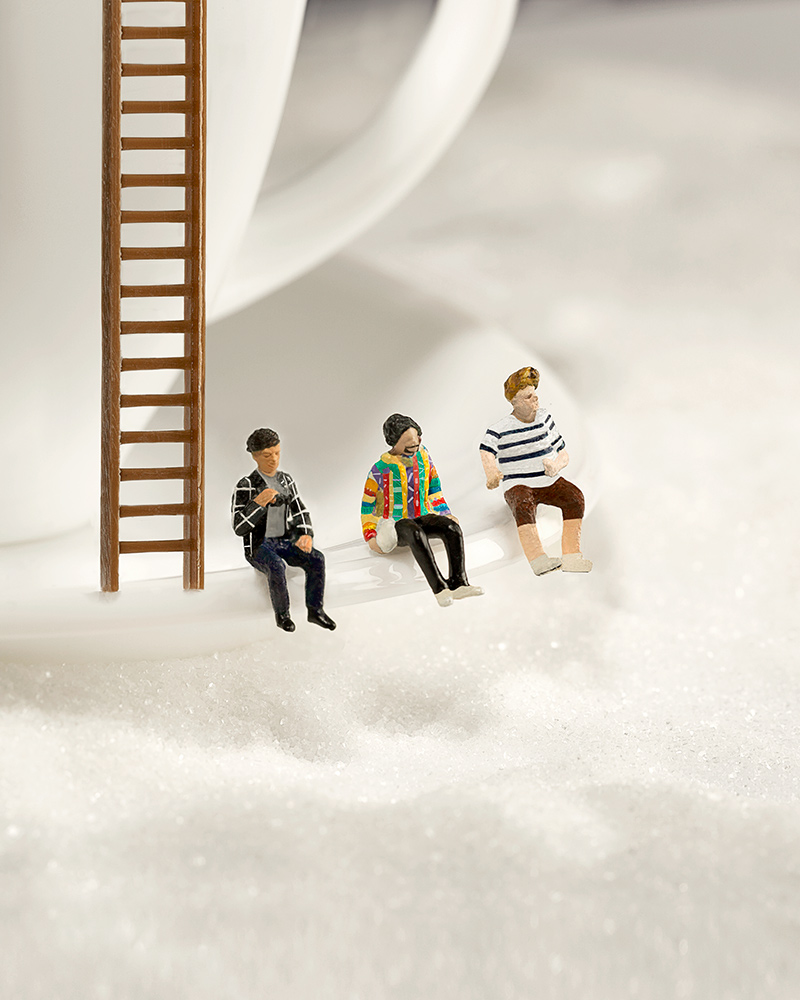 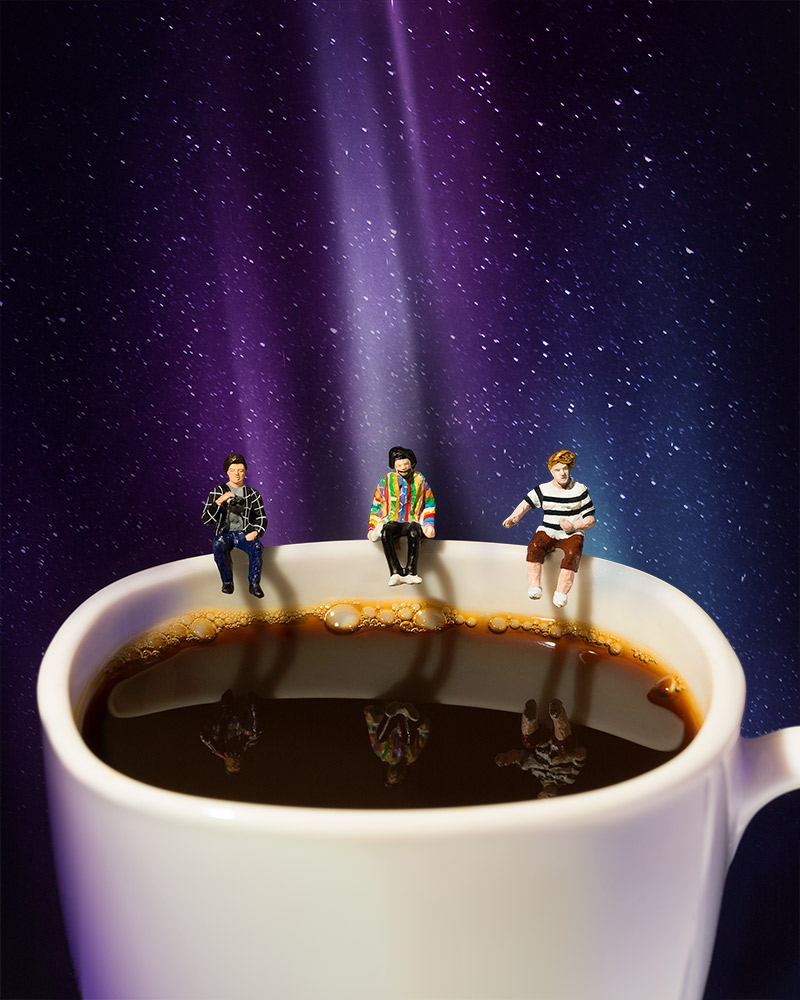 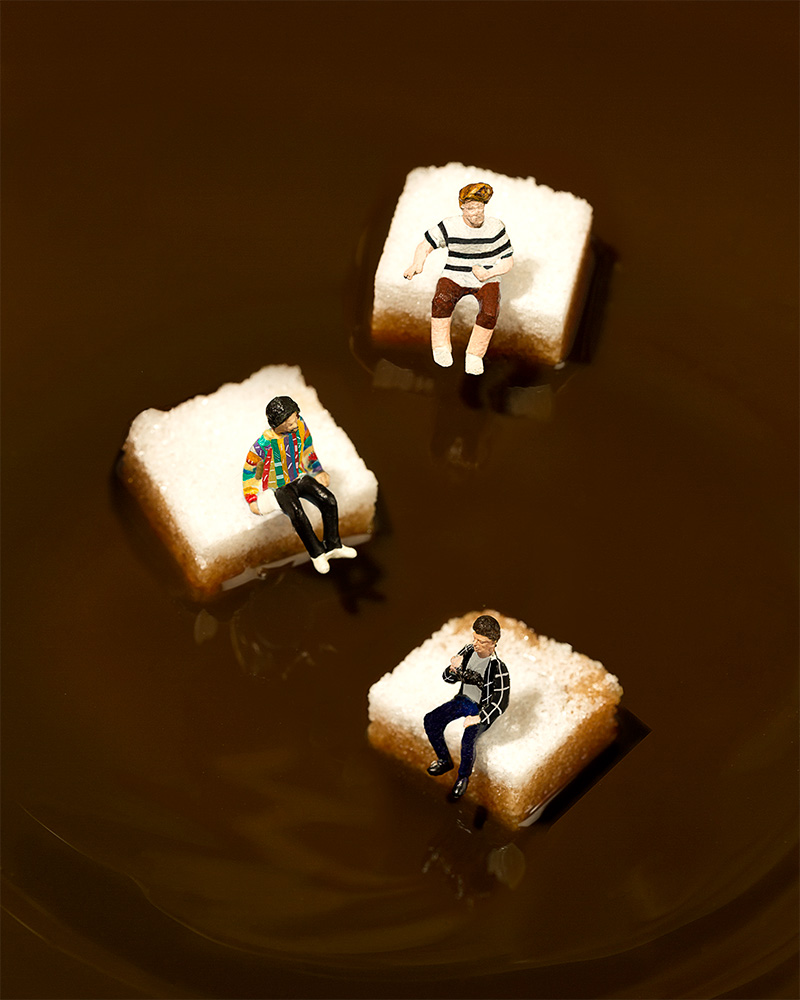 Behind the scene of Caffeine photography 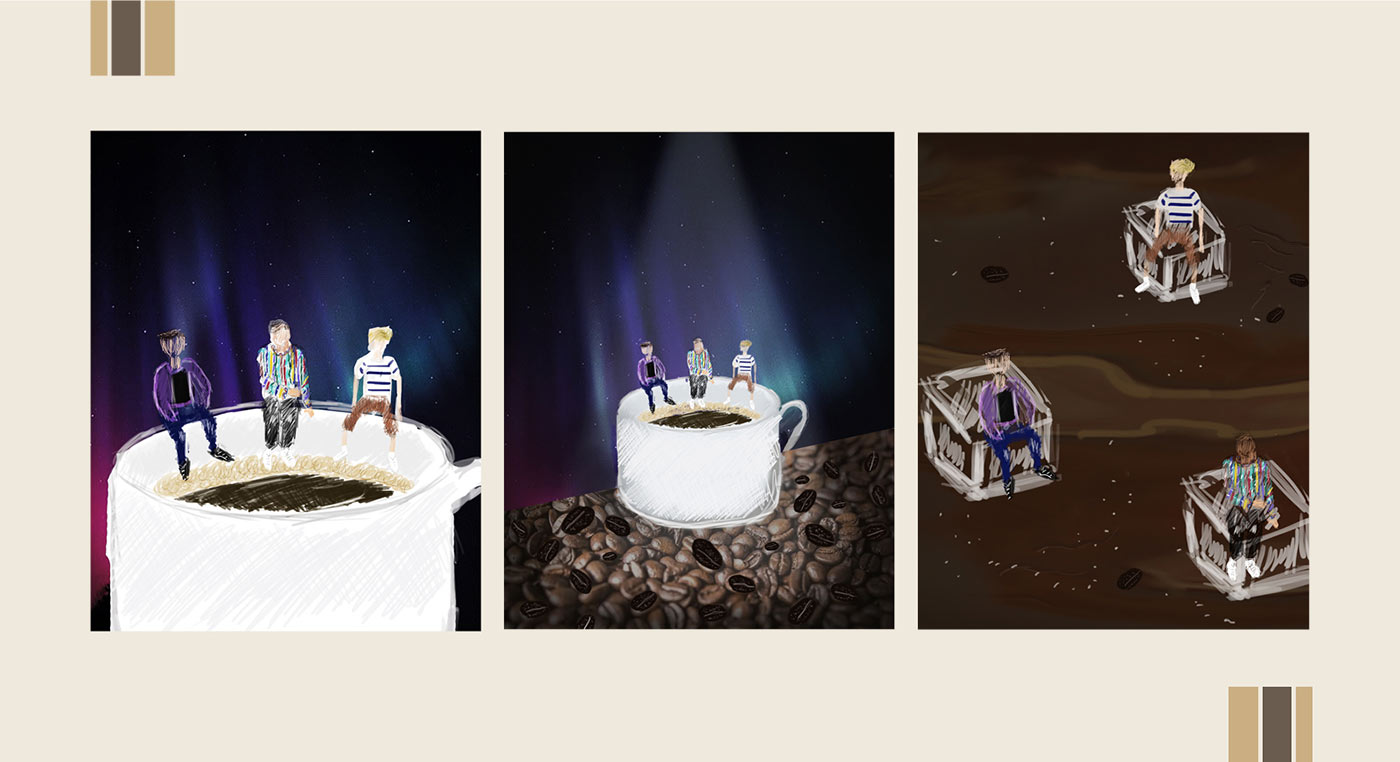 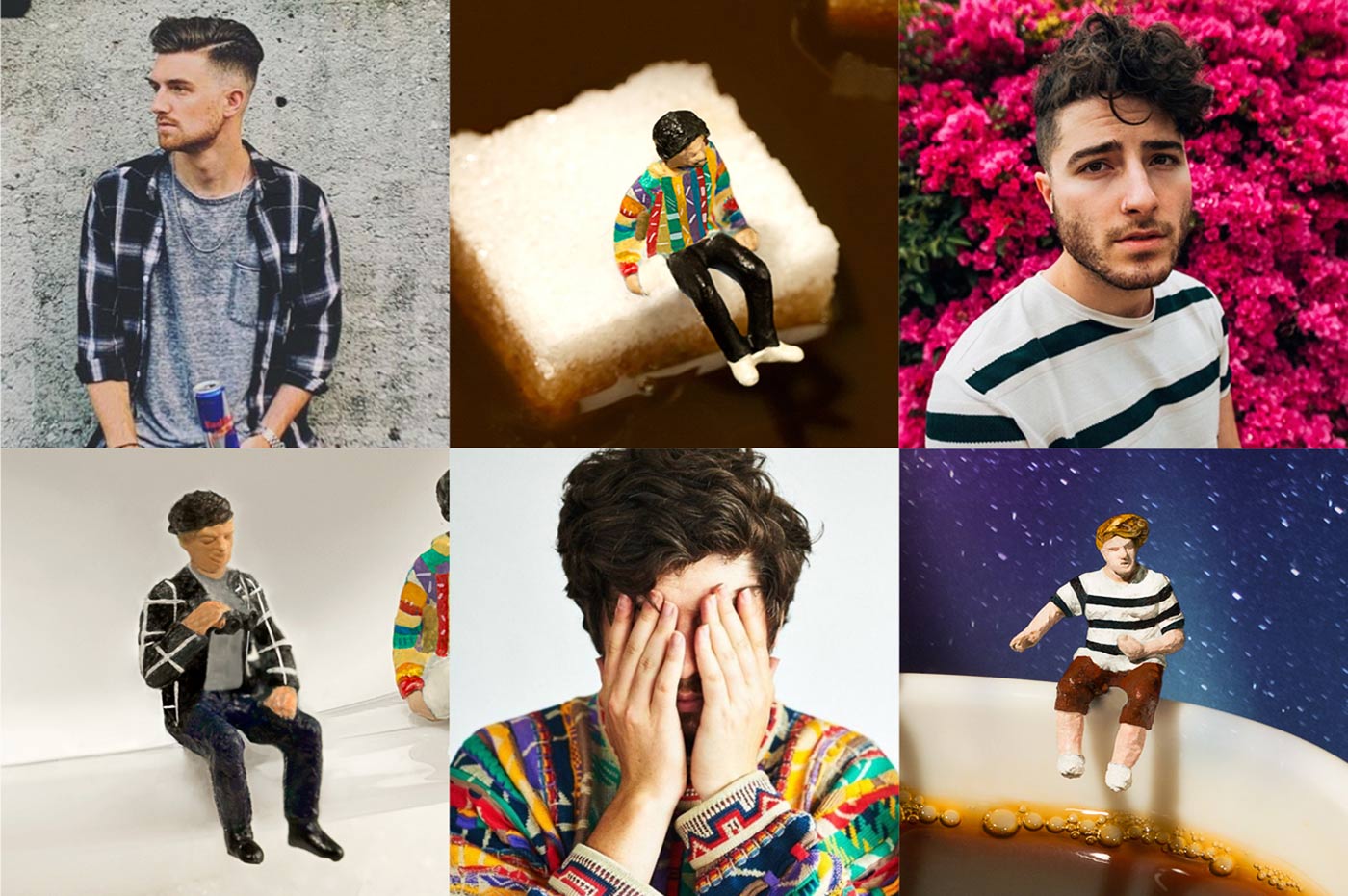 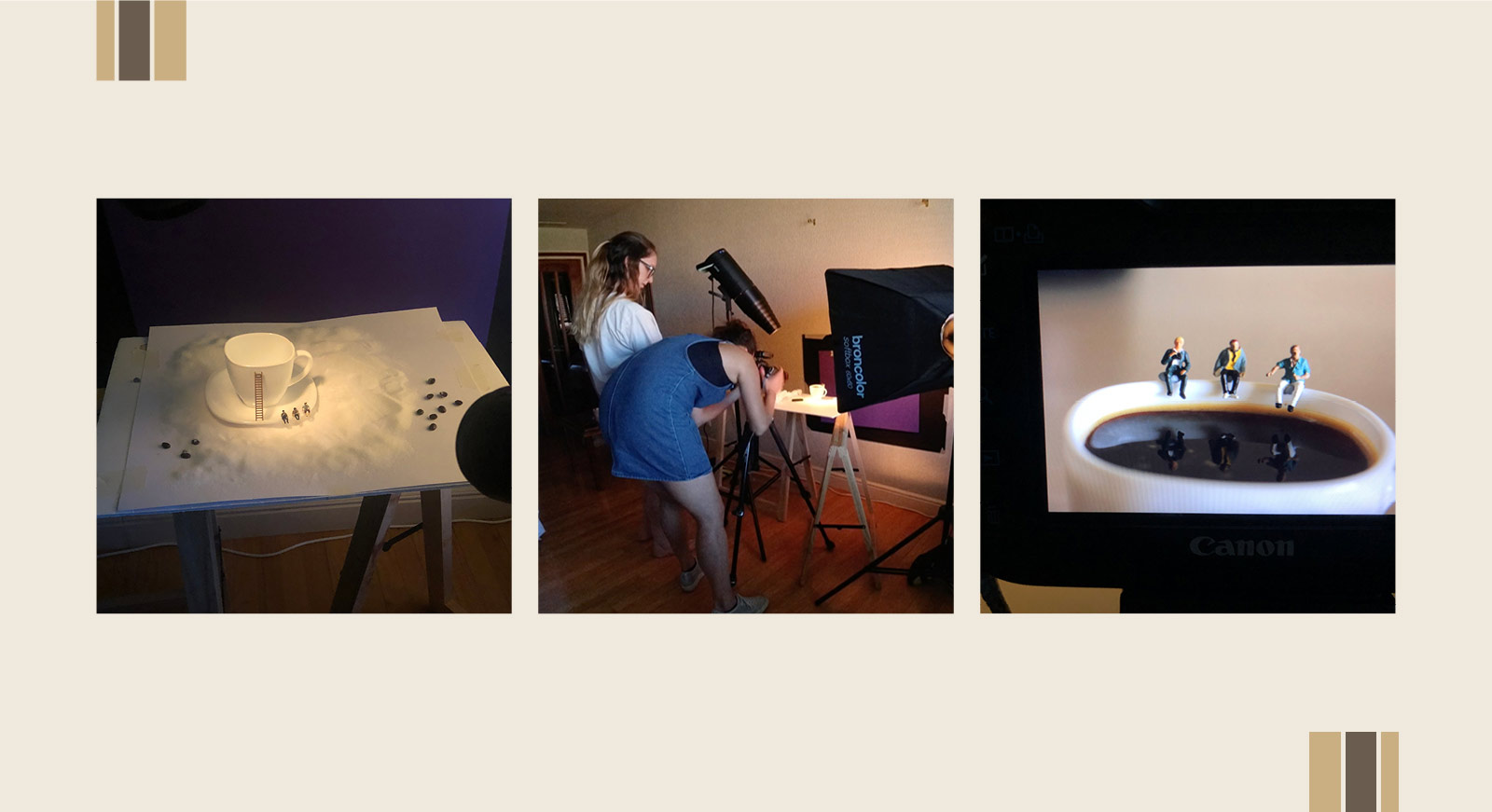 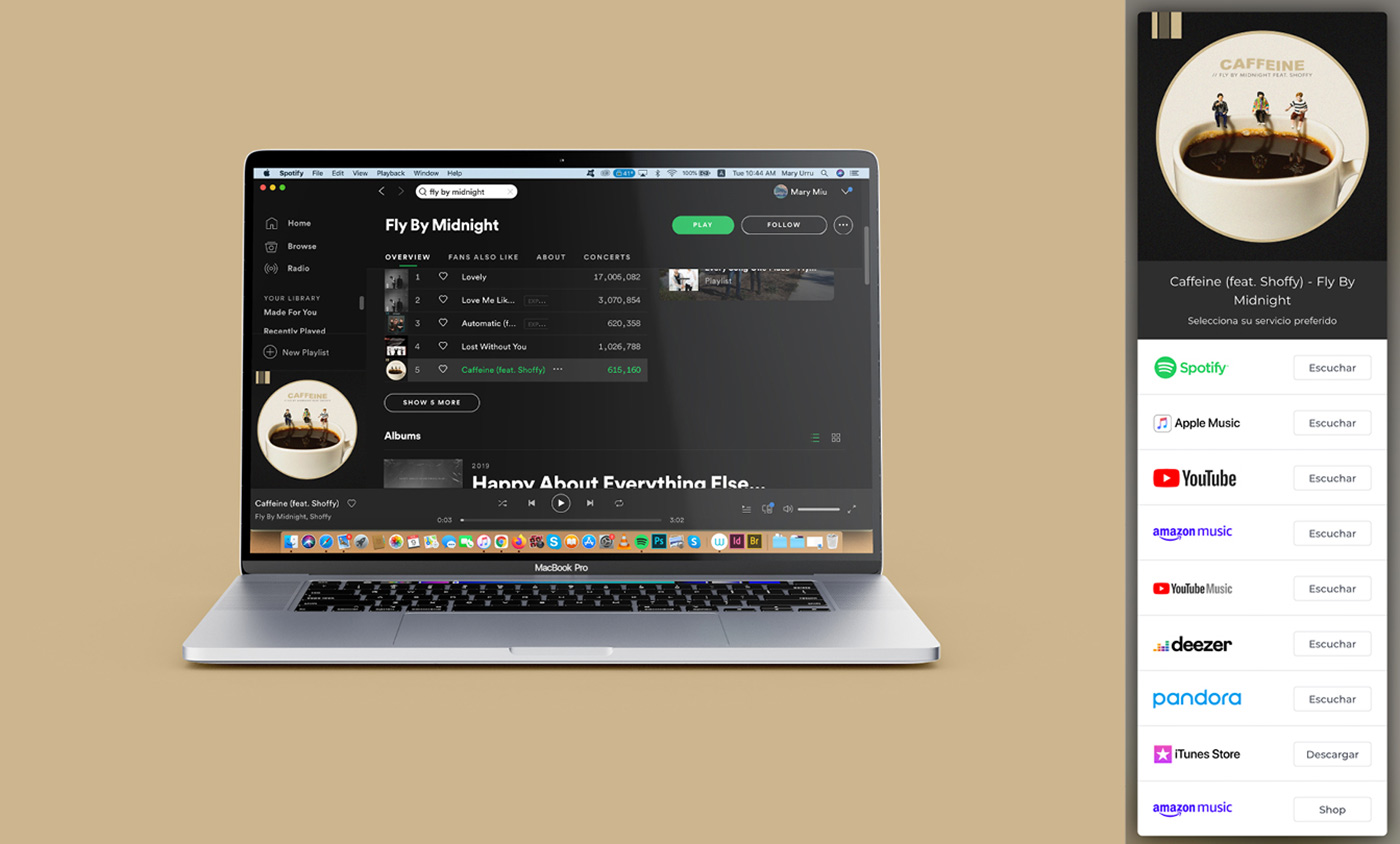 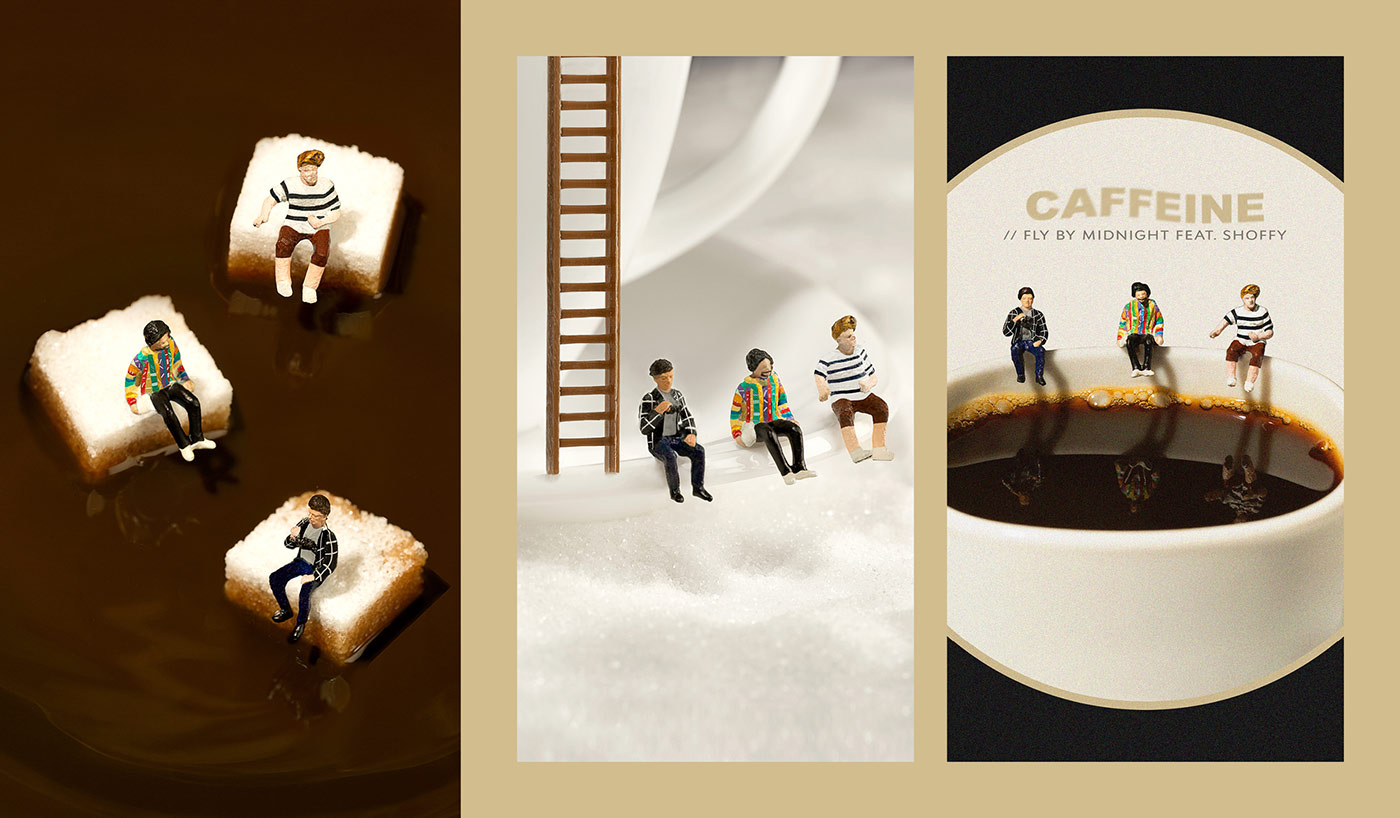